Jameela Green’s big wish in life is to see her memoir on the bestseller list of the New York Times. However, it didn’t seem to be happening. When Jameela seeks spiritual guidance at her local mosque, the new imam (and recent immigrant) Ibrahim Sultan is disturbed by how shallow Jameela appears, and will assist her on one condition: Jameela must perform a good deed.

After accepting the imam’s terms, Jameela attempts to help an unhoused man, who ends up getting recruited by a terrorist group. What follows is a chain of interconnected, bizarre, and tragic events that make up the story of Zarqa Nawaz’s new novel, Jameela Green Ruins Everything.

Regina-based writer, film and television producer, and journalist Nawaz is best known for creating the immensely popular CBC comedy series Little Mosque on the Prairie, as well as her memoir Laughing All the Way to the Mosque, which was shortlisted for the Leacock Medal for Humour.

Nawaz’s first novel was inspired by personal experiences. “When ISIS first emerged, I was very discombobulated. Where did this group come from? What was going to happen?” she says.

“And I was also in a vulnerable state because my memoir, Laughing All the Way to the Mosque, didn’t make it to the New York Times bestsellers list and I was licking my wounds, so the two ideas merged. A disgruntled writer accidentally joins a terrorist organization and brings it down through incompetence.”

Nawaz brilliantly and carefully balances contemporary social issues, such as Western imperialism and racism, with satire – without losing the seriousness of the issue or compromising the hilarity of the story.

“I believe that the key to finding balance is to write in a fresh and original way about a topic that’s been demonized for so long, which in the case of the novel is Muslims as terrorists,” she explains.

“I feel that if you bring context to the issue and don’t portray people as stock stereotypes, and instead give them nuance and complexity, you can bring something new and innovative to the story.”

Nawaz wrote the novel over a decade, and along the way, some political content was removed and some shifted with the times. “When Trump got elected, it changed the narrative of what a terrorist looked like, so I was able to incorporate the issues of white supremacy and hate crimes against people of colour in a way that was more relevant during his tenure than before when all the attention was on Muslims,” she says.

Jameela Green Ruins Everything provides readers with a fresh sense of hope and optimism. “No matter how bleak things are, if you have faith and believe, it’ll be okay. I am an observant Muslim, and we have a mantra, seek help in patience and prayer and always trust that you are being taken care of. And that’s ultimately the core theme of the book,” says Nawaz.

“I want readers to know that it’s okay to laugh at and with Muslims,” she continues. “We have the same foibles as everyone else. And yes, some of the themes in the novel are uncomfortable, but sometimes it’s good to live with discomfort and work your way through it.

“Keep Calm and Carry on Reading the Novel, as they say.” 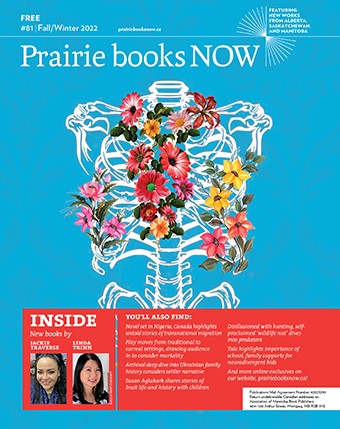