Ferguson was raised in a conservative Christian home in rural Nova Scotia but spent his 20s enmeshed in what he calls the “anarcho-punk/traveller milieu.”

That meant roaming from Whitehorse to Guelph, from Halifax to the southern Okanagan, hitchhiking and train-hopping, and living in shared housing and punk houses.

“Travelling definitely was a type of home for much of my 20s,” Ferguson says. “It felt fantastic to have my life and belongings condensed down to the rucksack on my back and a sturdy pair of shoes; it felt as though I was existing in the world with much fewer illusions about my place within it and the precarity and preciousness of being alive and healthy.”

After nearly a decade of this life, Ferguson found himself committing to living in Winnipeg, to writing poetry.

“I spent my 20s reading non-stop, but also there was this feeling that it was something that I myself could never write,” Ferguson says. “I worked a lot of seasonal or dead-end jobs around the country, which was alright for a while, but by the time I was staring down 30 had become stultifying.

“Writing poetry became a sort of escape hatch, both in an immediate, day-to-day sense, but also in terms of finding a sense of self-worth, proving to myself I wasn’t just this schlubby guy pushing a mop (after all, nobody who works in a socially belittled or maligned job is just that job or role).”

Committing to poetry meant a committing to a daily writing practice, trying new forms and subjects, and becoming a part of the writing and publishing community.

“For me, getting serious about poetry meant editing, editing, and more editing, and working to get over the feeling that, though I loved reading poetry, it was something that I couldn’t do, or rather that I didn’t have anything worth saying,” Ferguson says. “It was a matter of accepting that maybe I would never write the perfect poem (whatever that may be), but to always be trying to improve.”

What emerged was what Ferguson describes as “millennial coming-of-age” poetry, influenced by the work of Seamus Heaney, George Oppen, and Roberto Bolaño.

“I think that for many millennials there’s a real struggle in how we perceive ourselves…, with the post-war markers of adulthood (career, home ownership, etc.) no longer being hegemonic, of being stuck in limbo between childhood and adulthood, expectation and reality,” says Ferguson.

Ironically, his commitment to a place and a vocation led to Ferguson leaving Winnipeg, for a creative writing master’s degree at Concordia University. His thesis ended up being the collection of lyric poetry that is now The Lost Cafeteria.

“I’m hoping that this book will be enjoyed by people who are already big readers of poetry, but also those who might have some biases against the genre on the basis of it being seen as inaccessible,” says Ferguson.

“My hope is that the work here can be sometimes challenging but never antagonistic to that sort of reader; though, don’t get me wrong, I love me some dense, theoretical poetry  as well!” 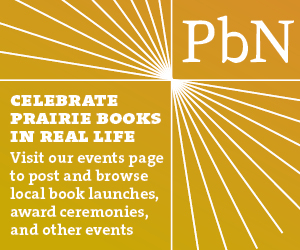